The 17th century St Matthew's Church. It was originally built as a chapel of ease in 1642, and it spent most of its early life as a school for the village children.

In 1652, the famous Quaker George Fox preached with some success at the chapel and noted that "no priest had ever preached in it" before this time. It was not until 1671 that a Minister was properly appointed to serve Dendron.

Dendron is now one of the worship centres of the Church of Low Furness. 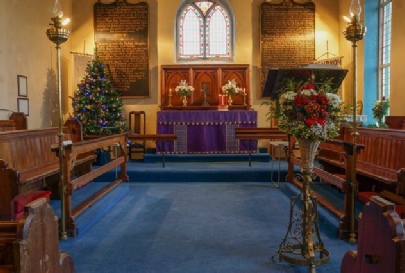 More details of Dendron church can be found here